I noticed the lack of smell when we got off the plane in America. The orderly roads outside and lines in the airport. The clean carpeted  airport supplied with electricity 24-7. The lack of pollution. The loud, confident voices paired with unabashed tight clothing. The neutral clothing colours that matched the grey cloudy skies (why do you dress to match a gloomy sky?). The Denim Jeans. Everywhere. Such things strongly stand out when you return from the East.

Travelling with Z was challenging, but on the way back, she played in the airports and slept angelically on the flights, so it worked out. We did have numerous stops, so I’m glad to be safely back at home and not in an airport. Note: she did not play in all the airports. She was cranky in Karachi, wonderful in Dubai, sleeping in Bahrain, and tantrummy in Frankfurt (ie. rolling around on the airport floor. Yes, I’m sure it was dirty, and yes, I did wash her up after, only to have her throw herself back on the floor and roll around. Sigh).

People have to have a good reason to travel with a toddler, or kids for that matter. You’re plucking your child out of the schedule that you have worked so hard to create, your warm cocoon of home, and are thrust on airplane after airplane in a small, confined area with a bunch of spectators, ie. strangers. It isn’t easy. Along with that you have to pack a bag for the aforementioned toddler because you don’t want to forget anything!

Here are some Things I Noticed:

Don’t forget to pack a backup outfit for yourself! Especially with a baby, you will likely get something-baby-related on you or  direct baby produce on yourself. On the way to Pakistan, Z decided to kick out her legs (super long on an airplane) and knock over my husband’s ginger ale. On the way back, we were in the bathroom and …. you can use your imagination.

Dubai Airport: The bathrooms have Muslim Washers, i.e. little shower heads in the toilet stalls. These are great to wash off a baby who might be travelling with diarrhea (i.e. Z!) Another perk of this airport: the complimentary red Emirates strollers in the the new terminal. This is v.handy if your stroller doesn’t await you on the jetway and is instead sent directly to Atlanta (i.e. our situation — this meant lugging a wriggly Z in arms in the below airports. Talk about a good arm workout!)

Frankfurt Airport: Surprisingly baby friendly. If you have a baby, you will be directed to the front of the line, and sometimes to a different Just-For-Kids-Security Room. At the end of this peaceful room, will be some colourful little chairs. We had to remove Z from these chairs with force..such was her love for these little chairs. They were pretty fun to look at. I didn’t take a photo, because the last thing on your mind at that point is photos. In addition, there is a baby-kids playroom in a terminal that we weren’t in, but apparently it exists. Upon asking an official where the playroom was, he mentioned it in another terminal and added, “But the Whole Airport can you be your playroom!” Z took this literally. Remember the rolling around?

Karachi Airport: Humanity over Security is a beautiful thing. Z was again plucked from her home cocoon to travel and had just fallen into a peaceful sleep on the way to the airport. The sleep where you really don’t want to wake her up, the one where you know if you do, it won’t be pretty. Normally, you have to pray that the baby doesn’t wake up (they usually do), plonk the stroller on the security belt, and awkwardly walk through security, reopen the stroller, and place baby back in. Luckily, when they noticed Z was asleep, they said in hushed tones “Bachee sorahi hein,” meaning, “The Little Girl is Asleep.” I then was allowed to push the stroller besides security without taking Z out of the stroller. This happened in the security line further down too. I am still grateful for that. Z stayed happily sleeping. I stayed happily relaxed. And we started out our trip on the right foot! 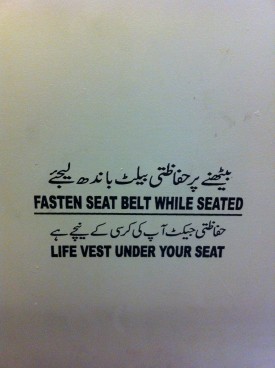 Bahrain Airport Bathrooms: These bathrooms are clean and a cleaning lady is present. The mirrors are high; the counters are sparkling; the lighting is even good! Perhaps this is why I noticed ladies putting on full-on makeup. Not the quick blush or quick lip gloss that you may see in other airport bathrooms. I’m talking about heavy eyeliner, eye shadow, mascara, and rich lipsticks. I visited the bathroom 3 times, and each time I went I saw a few ladies partaking in the making up of faces! I was so impressed by these bathrooms that I was almost tempted to swipe on something, but who likes travelling in makeup anyways? I resorted to scrubbing out Z’s milk bottles instead.

Side Note: Aside from airports and whatnot, I am really blessed to have such great family in Pakistan. They take amazing care of you and really make you feel comfortable. Z did have a stomach bug on the way back to America, and the few days before we left Karachi. Having a sick baby means having a lot of patience. You can’t gallivant in Karachi as you thought you could, and are limited to staying in. Luckily, I have wonderful family, so we were fine. In addition, in Karachi you see so many people who are worse off than you, gratitude is in the back of your mind.

My cousin Amena, a medical-grad-student-doctor-going-to-be-pediatrician, has worked with all sorts of patients. Patients who when their babies have diarrhea don’t have diapers, and who are frustrated after days of baby diarrhea and bad nappy rash. After hearing that, you can ‘t help being grateful each time you see a diaper!

In addition, one must be so grateful for the circumstances that you’re born in. Over here in the U.S., I don’t see such a stark difference between rich and poor. The poor can become rich here. In Karachi, this doesn’t seem the case. If you are a house servant, you will probably always be a house servant. If you’ve read The Help by Kathyrn Stockett, it too can be applied to Karachi. In Lahore, I was blessed to have electricity every other hour, and a small gas heater. Z was blessed to have woolly sweaters. Right across our home was a young mother   (maid servant) with a boy exactly the same age as Z. Every time I looked across our house, they were contently playing, sitting outside amidst construction around them. I was simply across the road and had so much more than they did. What do we do about it? We need to do oh-so-much-more. Such things I would not learn if I did not go on this trip.

“And establish prayer and give Charity, and whatever good you put forward for yourselves – you will find it with God. Indeed, God of what you do, is Seeing” (Quran 2:110).

When I doodle, whether it be swirls or figurines, I am transformed to a world in which my doodles live, and my thoughts become clear. My mind breathes. I used to teach second grade. Now, I am a Stay-At-Home-Mother to three girls, an Atlanta based children-family-lifestyle photographer, and an author of Lailah’s Lunchbox (Tilbury House Publishing, 2015.) I have two new picture books projected for 2021: Amira's Picture Day (Holiday House, 2021) and I Can Help (Eerdmans, 2021) as well as my debut middle grade novel Unsettled (HarperCollins 2021). Thank you for stopping by! View all posts by Doodling Through Life 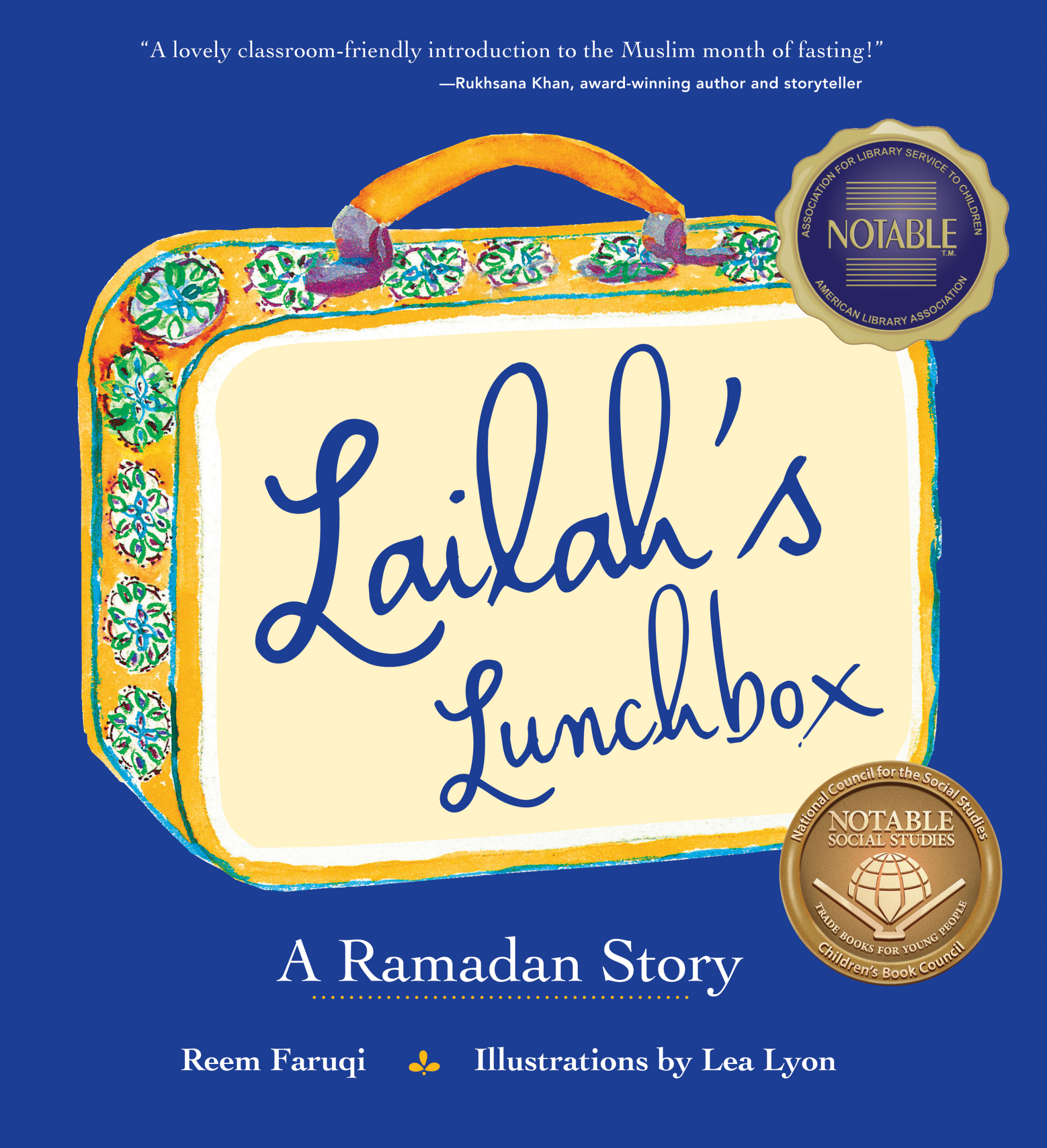 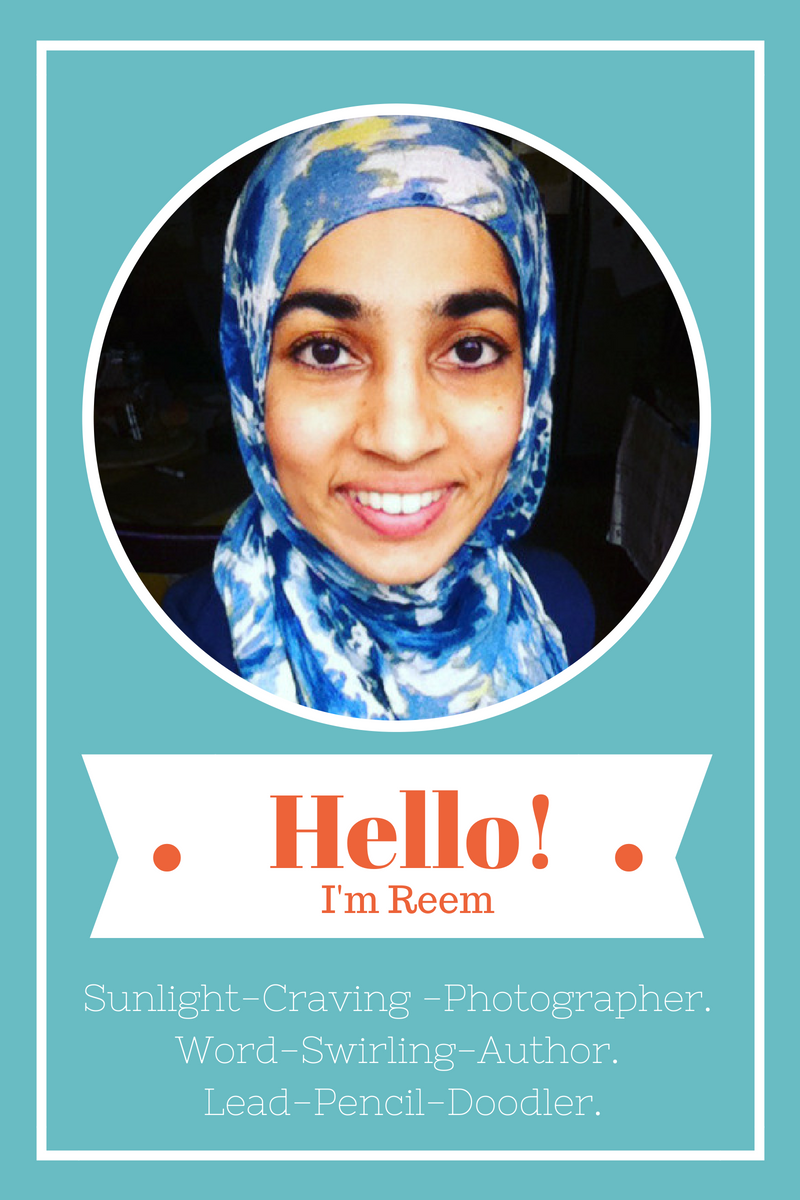